I jumped on what seems to be the latest food trend (at least in Sweden) and I am so happy I did. I like it when I can just put the food in the oven and do other things while my food is getting ready, and I of course like lovely tasting food so this was a big win-win for me.

I started out with making a lovely sugar free barbecue sauce.

Barbecue Sauce
1 dl ketchup (I use one that has stevia instead of sugar)
2 dl "crushed" tomatoes
1 dl water
0,5 dl white wine vinegar

You have to try your way with these three items, start off with a teaspoon and taste it.

Mix all the ingredients in a sauce pan and let it simmer for 15 minutes.


Pulled Pork
A piece of pork that's apparently called "Boston butt" in english.
I don't remember the weight of my pork but as long as it fits in your pot it's not too big.
1 yellow onion
2 cloves of garlic

Put the oven on 125 degrees celsius.
Put your pork in an oven safe pot with a lid.
Slice up the onion and put it around the pork, also put the garlic next to the pork.
Pour 2 dl of your barbecue sauce over the pork and the onions.
When your oven is at 125 degrees C, you put your pot in the oven, with the lid on, and you let it stay in there for 6 hours. 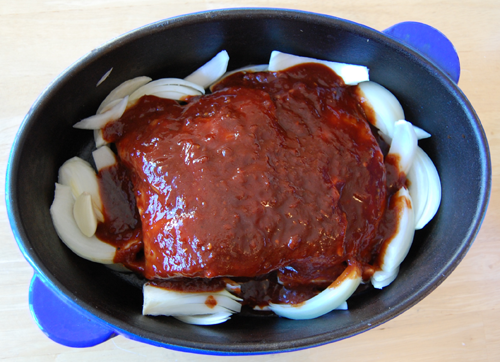 And when it's done you take it out and you pull the pork apart with forks and mix it with the sauce in the pot, making it look like this: 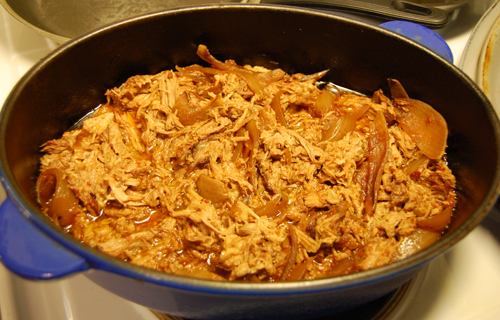 I enjoyed it with some mushrooms, cucumber, tomatoes and creme fraiche. The pork is so tender it feels like it melts in your mouth.


..or maybe you call it rutabaga/swede/yellow turnip.

These days I'm eating much less carbs and more fat (more fat as in using full fat products instead of using light products etc.) and when I feel like eating french fries I make these instead. 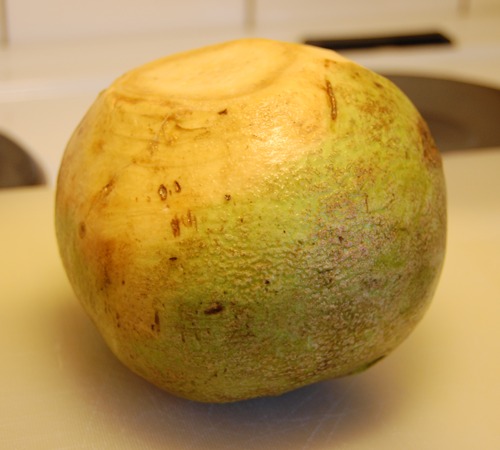 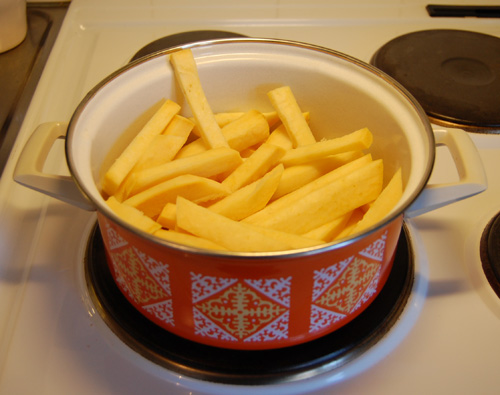 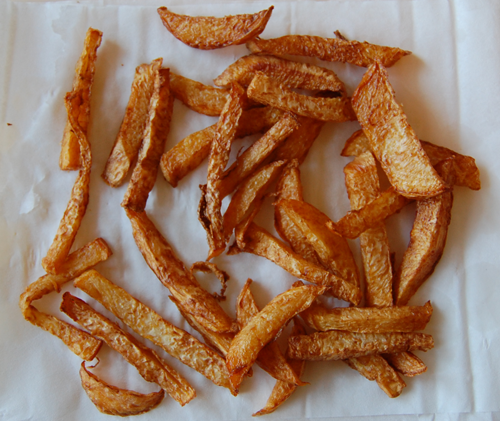 Yesterday I bought some crab sticks. It was years since I ate some and I'm glad I bought them. 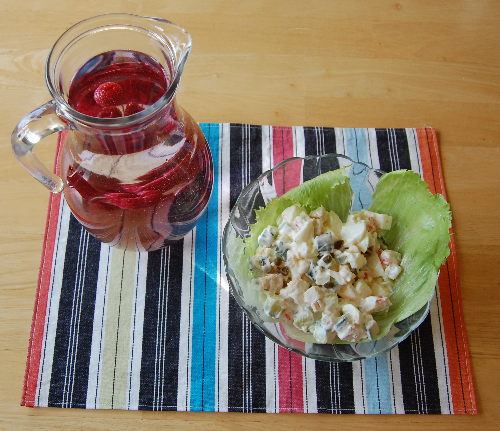 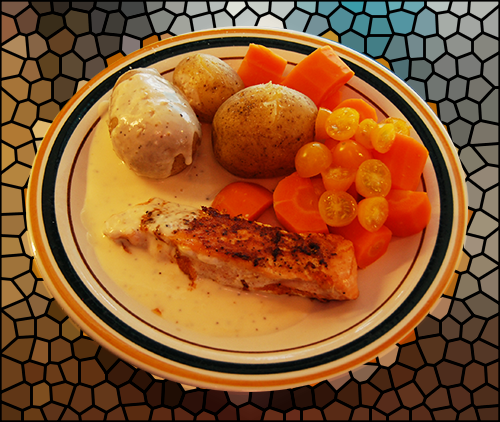 The look of a proper sandwich 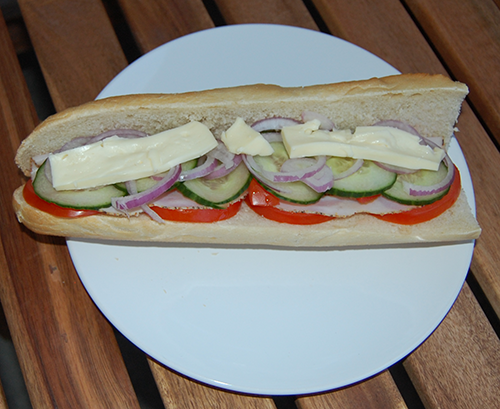 Email ThisBlogThis!Share to TwitterShare to FacebookShare to Pinterest
Labels: sandwich

I finally learned how to make pancakes. 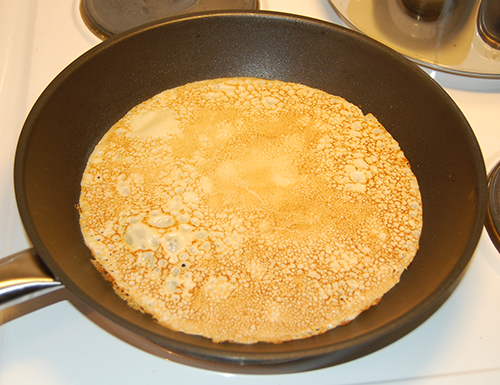 Email ThisBlogThis!Share to TwitterShare to FacebookShare to Pinterest
Labels: panncake

Making of the mushroom soup

I decided to make a large batch of mushroom soup today.
For me it's quite a cheap soup, the champignons are cheap
and thanks to the Swedish "freedom to roam"
and my mother, I get yellow chanterelles for free.
The yellow chanterelles are quite expensive in the stores here.
Anyways, I decided to make 3 times the recipe
and I learned an important lesson;
make sure you know the size of your pans!
I got 14 portions of 4 dl each. 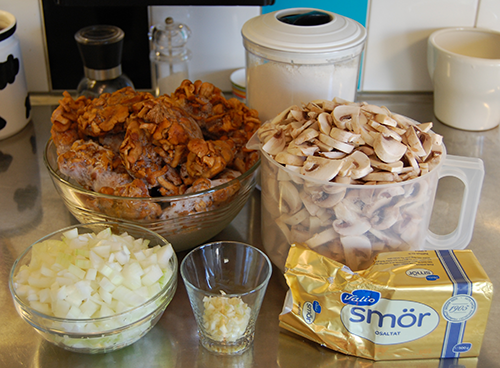 Chop the champignons roughly (how rough depends on if you want to have some large bits in your soup and how large you want them), also chop the onion and the garlic. Put the butter in a pan and fry the onion and garlic for about 4 minutes. 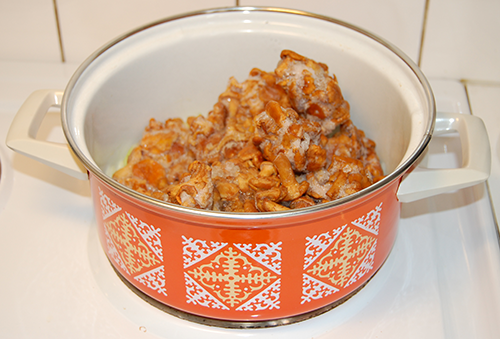 If you like me have some frozen mushrooms put them in the pan and put a lid on it and let it be for another 4 minutes. This will defrost them and you can go on to step 3. 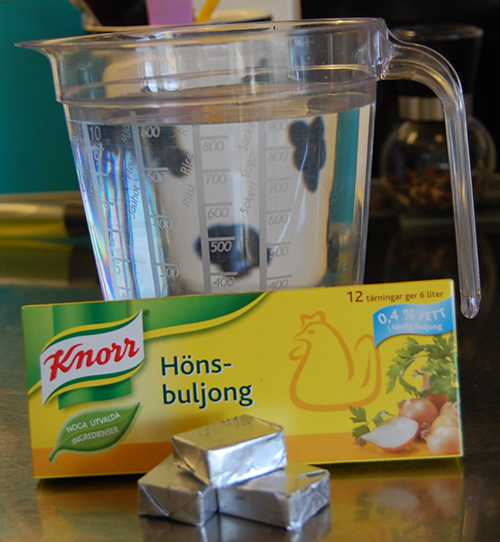 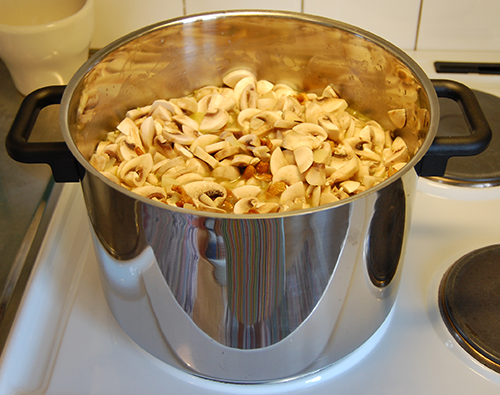 If you have some homemade chicken or vegetable broth that's great, I don't so I use store bought chicken broth. This step you need to taste your way to, depending on how salty you want the soup. I like to go easy with the broth and add salt later if I feel the need. Powder the onion with the flour and stir it. Then put the broth and the rest of the mushrooms in the soup and bring it to a boil, then let it simmer for 15 minutes. 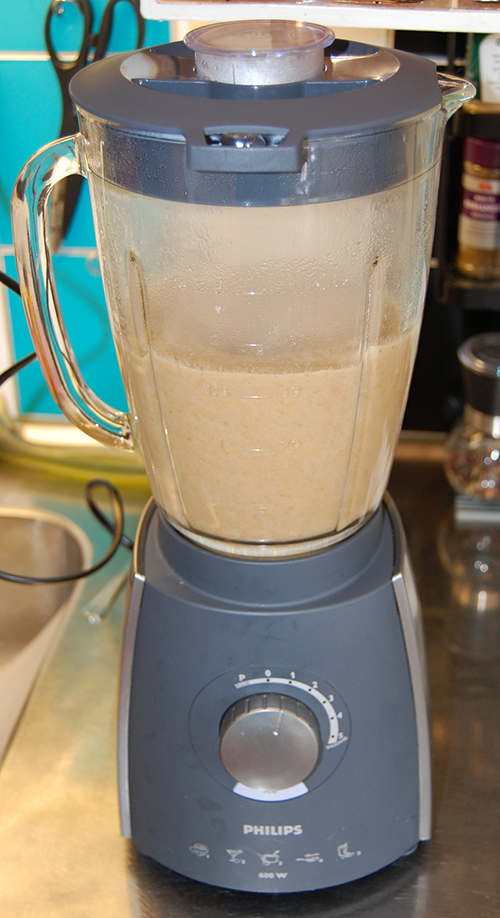 This can be a deal breaker, and it almost was for me the first time I was going to make the soup. It's so lovely to just put some ingredients in a pan and let it boil and voila you have a soup. Having to pour it over to a mixer and then pour it back to the pan? Sounds like a messy business to me. Fortunately I did it and after tasting the soup once, it's worth it! Just make sure you don't put to much soup in the mixer, that's when it gets messy! It's good to have an empty pan to transfer the mixed soup to, so you don't try to mix the whole soup and end up with a mess. This is also when you scoop up some of the mushrooms and put them aside if you want some big bits in your soup, I love to have something to chew on in my soup. 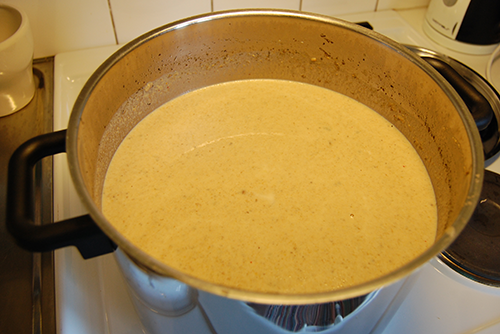 Stir in the cream and put the soup back on the stove to heat up a bit. Add some pepper and if you feel the need add some salt. Next step? Eat!

If you have some soup left or made a big batch, freeze it! Works lovely. I put mine in 2 L freezer bags and put them flat in the freezer. (defrosts quickly) 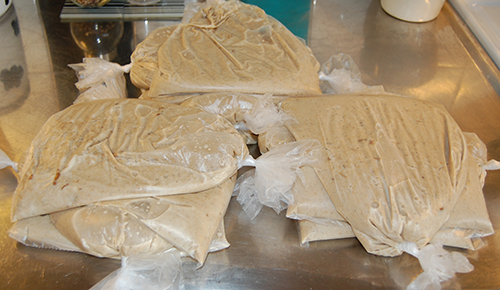